Robin Hood (the Sherwood Forest version) would be disappointed by his Silicon Valley-Wallstreet namesake. (Photo by Steve Harvey on Unsplash)

Preliminary remark: This article was first published on medium.com on March 17, 2021.

Legend has it that towards the end of the 12th century, the heroic figure Robin Hood set out to steal from the rich and give to the poor. More than 900 years later, two American entrepreneurs borrowed his name to establish a fintech company, Robinhood, that promises to “provide everyone with access to the financial markets, not just the wealthy.” In other words, they claim to “democratize finance for all”.

Robinhood’s portrayal of democracy as ‘making investments accessible for everyone’ is rather rudimentary. But to be fair, it is a relevant goal if we acknowledge that the stock market was “the greatest wealth creator of the last century.” Why should people with little money be excluded? Making financial markets accessible to everyone, without minimum deposits or intermediaries and obscure fees standing in the way, is one part of financial inclusion.

However, Robinhood’s claim of ‘democracy’ is on shaky ground. Just as the company can make financial markets accessible to everyone, it can also deny access within a split second. This is what happened when they shut down Gamestop trading on January 28, 2021. Thousands of investors were presented with a fait accompli. For them, democracy was suddenly suspended. Robinhood closed down its borders and excluded new ‘citizens’ from entering the promised land of financial inclusion.

Regardless of the cause, by disabling trading of Gamestop shares, Robinhood prevented rather than provided access to markets. Their actions worked to protect the big guys, i.e. the hedge funds whose short selling strategy had come under attack by a mob of Reddit users, rather than help the poor. Robin Hood (of Sherwood Forest) would disapprove, certainly.

And it was not the first time that Robinhood let their investors down at a critical time. On March 2, 2020, the day the Dow Jones made its biggest point gain ever in the midst of the early days of the Covid-19 crisis, Robinhood suffered a “service outage.” Instead of being part of the race to catch up the dramatic losses in the week before, its clients were excluded from trading at one of the most promising moments of the year.

These incidents highlight that financial inclusion only advances economic equality, “if its offerings are safe, sound, and secure under even acute stress.” Robinhood does not seem to cope well with stress. Instead, their intervention in the Gamestop affair made it clear that under acute stress the dream of democracy may quickly turn into a dictatorial reality, at least for the commoners.

Is all the talk about democratizing financial markets just a clever marketing move? Is it merely aggressive selling of investment products in humanitarian disguise? And why is Robinhood so successful?

The Gamestop craze brought to light what experts had pointed out months ago: Robinhood (the Silicon Valley-Wall Street version) makes the majority of its revenues by selling information about user transactions to hedge funds. That’s as if Robin Hood spied on his own people and sold information to the Sheriff of Nottingham about their favorite hunting grounds.

In order to make the money that they don’t take from trading fees, Robinhood needs their investors to make lots of trades. In the 21st century, what better mechanism to achieve such behavior than nudging?

Behavioral nudges that draw “inexperienced investors into the riskiest trading” are a key ingredient of Robinhood’s success. This inherently problematic aspect was picked up by a Democratic senator in the Senate hearing: “I worry that the real-world impact of Robinhood is the democratization of financial addiction.”

The reference to addiction seems not too far-fetched: Robinhood’s nudges, such as green confetti to celebrate transactions, a colorful, eye-catching interface, one-click trading for instant gratification, or free stocks in the shape of lottery tickets trigger dopamine responses among their customers, which keep them coming back, at high frequency. In the first quarter of 2020, Robinhood users traded up to 40 times as many shares as customers from other leading retail brokers. The difference is even bigger with regard to risky options contracts: here the number of trades by Robinhood investors was 88 times higher than that from other retail broker customers.

But is this customer engagement strategy in any way compatible with Robinhood’s noble claim to promote a special kind of democracy? At its core, nudging stands in tension to democracy because nudging works best when its targets do not realize that they’re being nudged. This contrasts with the idea of free, informed citizens — and with free, informed investors. Citizens, and investors, who are being nudged do not participate by actively exercising their rights, but are rather like experimental subjects who are “poked in the petri dish of the behavioral economist’s imagination.”

Proponents of nudging claim it is legitimate to influence people’s choices when it serves to make them better off, “as judged by themselves” (Thaler & Sunstein (2008), Nudge, p. 5, original emphasis). Yet, in Robinhood’s business model nudging is not aimed at improving the well-being of investors. Robinhood strives to increase the number of transactions on their platform. It would be hard to establish a direct positive correlation between the number of transactions (Robinhood’s goal) and the wealth of investors, which would be the most likely measure for ‘being better off as judged by themselves’. The dopamine responses that users experience thanks to the app’s sophisticated nudging structure might make them feel superficially better in the short term. This is an important factor that ensures that they are coming back. But ‘neurochemical sensations of pleasure’ can hardly be the final measure for being better off in an investment context.

Where does this leave us? It’s worth taking a look back at the 2008 financial crisis. Few of us remember that before everything went bust, subprime mortgages were presented as a vehicle of financial inclusion because they made mortgages available to people who had previously been excluded. Not surprisingly, the liberalised mortgage market was acclaimed as the “democratisation of finance.”

The subprime mortgage crisis should have been a warning of what can happen when you lure people into financial investments that they do not fully understand. It is safe to assume that many investors attracted to Robinhood through r/WallStreetBets did not fully understand the risks of their investments. The tragic case of a young trader who took his own life last year because he mistakenly believed he had lost nearly 750,000 USD in a risky investment on Robinhood serves as a stark warning.

However, it seems like not much has changed among retail investors. As millions of citizens receive new stimulus checks, Gamestop share prices are soaring again.

Things look different on a political level. Robinhood seems to have lost much of the credibility or goodwill they had been afforded so far. In a recent Senate hearing, they received by far the biggest share of blame among those involved. But we can‘t count on governments to conjure up quick fixes for complicated matters. Contrary to the Robinhood version of democracy, where rules change overnight, in real democracy change is slow, and Robinhood’s business model will not change overnight.

So, while the game continues, for the sake of fairness, we would like to hope that this time the retail investors can play the game from beginning to end; but more importantly, we also hope that they know the rules, including the unwritten ones, that mean that things can suddenly change when more powerful actors feel threatened. 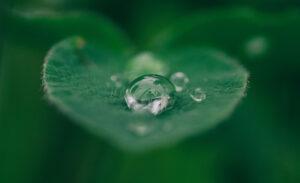 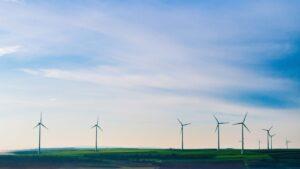