The costs of lowering social standards

Preliminary remark: This article was originally published on Medium on April 4, 2018.

In 2014 Chiquita paid their workers in Honduras private health insurance which cost them a total of 1 million USD per year. Quite a lot of money for a company close to bankruptcy. A few weeks ago they wanted to lower the level of health care services. As a result, workers went on strike for more than 40 days. Bananas worth 30 million USD could not be exported. Is this really worth it?

A few weeks ago I received news that Chiquita workers in Honduras have been on strike for 45 days. The workers from the area, which I had visited personally in 2014, protest against „alleged changes to the company’s health benefits“. Apparently, Chiquita has decided to shift medical assistance for workers from La Lima to the public hospital in San Pedro Sula, which is further away from their communities and provides a lower quality of medical services.

When I visited the plantations from Chiquita in Honduras (see p. 79–81 The Corporate Social Responsiblity Story of Chiquita for the health care case) a few years ago, I got a chance to talk to doctors at the plantation and to the director of the hospital in La Lima. I was impressed by the high standards of the medical services provided at the latter.

Yet, Chiquita management representatives also told me that the costs of healthcare for workers had become an increasing burden for the company. Apparently, Chiquita spent 37 USD per month per worker for healthcare covered by the private hospital in La Lima. Public healthcare in nearby San Pedro Sula would have been about 21 USD per worker per month.

All in all, the costs of healthcare amounted to 1 million USD per year for Chiquita in Honduras. This is a considerable amount of money given that the company had been operating close to bankruptcy for several years.

Shortly after I visited, towards the end of 2014, Chiquita was taken over by Brazilian orange juice producer Cutrale, a family-owned company in the hands of one of the richest men in Brazil. As a consequence, the company was delisted from the stock market and there is no public reporting available anymore. So, we don’t know in detail how Chiquita is doing at the moment — neither financially, nor in terms of CSR and sustainability performance.

The news about the strike are interesting from an economic as well as a social perspective: economically, the strike has a negative effect not just on Chiquita, or on the workers and their families, but on the overall economy of Honduras because it meant that bananas worth about 30 million USD could not be exported.

It also had wider implications for the population, which is not directly involved in the banana business (particularly in the north of the country): for them, lower-quality bananas that do not qualify for export are an important part of their daily diet. Due to the strike, these bananas are not available anymore. Given the high nutritional value of bananas, this could have severe consequences for the health of these people.

I cannot judge whether the medical services provided at San Pedro Sula suffice to ensure a decent living for workers. But I can imagine that computers at Chiquita’s were running hot with calculations about when the costs of the strike would be higher than the money saved from lowering the quality of access to health. Missing out on 30 million USD worth of exported bananas and more to come, suggests that Chiquita might soon regret their decision. 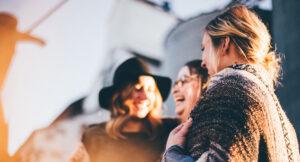 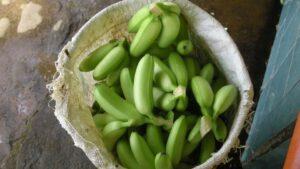 The food waste of bananas created by consumers is only the tip of the iceberg. Even more waste is created at the farm level, where up to 40% of bananas are put to waste. The high percentage of waste at farm level puts an additional strain on the cost/income ratio of farmers. 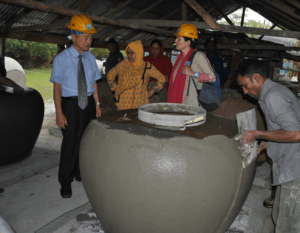 In 2017 I visited various NGO projects in Bangladesh. Upon return to Switzerland I wrote a piece on a method to harvest rainwater in order to secure the supply of healthy water. The article was originally published in the Bangladesh newspaper Daily Sun on February 7, 2018.